Thanks to advancements in medicine, people are living longer than ever. The challenge that comes with that good news is that age-related health problems are becoming more common. One of the most prominent examples is dementia.

Dementia is a neurological syndrome that affects memory, thinking and comprehension. It’s a progressive condition, meaning that the symptoms get worse over time. Dementia can strip someone of their personality and identity, impacting not only the individual but also their family and friends.

Memory Care Resource Guide
As life expectancy continues to increase, this condition is becoming more common. Some of the statistics on dementia that have been published by the World Health Organization include:

Fortunately, there are ways that we can make life easier for people with dementia, and their family and friends.

There are a few key points that everyone should keep in mind.

Dementia is a chronic neurological condition that injures neurons in the brain. The brain is a network of countless neurons that send signals from place to place. These neurons control every facet of our being, including our judgment, personality, thought processes and memories. When these neurons start to fade, we lose portions of ourselves.

There are multiple types of dementia, and they usually result from diseases or conditions that impact the ability of the neurons to function. This can present in various ways, including memory impairments, personality changes and motor deficits. Some of the most common presentations include:

What are the Signs of Dementia?

Some of the most common cognitive changes that are seen in individuals with dementia include:

Some of the most common psychological changes that people with dementia might develop include:

Anyone who feels like their family member or friend is suffering from dementia should encourage that person to seek medical care as quickly as possible. The sooner a diagnosis is made, the faster interventions can take place that might slow the progression of dementia.

The Stages and Progression of Dementia

All forms of dementia progress through a series of stages. At the same time, these stages take different forms, depending on the type. For example, some forms of dementia evolve more gradually over time, and there might not be any clearly defined stages. Because of this, it could make it hard for individuals with dementia, as well as their loved ones to notice that the situation is getting worse.

On the other hand, some types of dementia have clearly defined stages. For example, those who suffer from vascular dementia have a type of dementia brought on by a series of strokes. Each subsequent stroke leads to an abrupt worsening of symptoms.

What Are The Causes and Risk Factors of Dementia?

Because there are several types of dementia, there are numerous causes of dementia, too. For example, Alzheimer’s and Lewy Body Dementia tend to develop due to plaques built up in the brain. As these plaques spread and get worse, the symptoms of dementia will get worse as well.

On the other hand, some people might have a specific infection, illness or injury that leads to dementia. For example, a traumatic brain injury could lead to dementia. Other individuals might have something called Huntington’s Disease, a genetic mutation that causes neurons to gradually waste away. Other people might have something called Creutzfeldt-Jakob disease, a brain disorder that could be tied to an infectious disease.

Finally, other people might have dementia symptoms due to a condition that could be reversed. This might include a brain bleed, a toxin or even metabolic issues. Of note, these are severe cases of dementia that must be treated quickly to avoid becoming permanent.

In addition, there are risk factors that could make someone more likely to develop dementia. Some of the most common risk factors include:

The Diagnosis, Treatment and Care of Dementia

The diagnosis of dementia can be exceptionally challenging. Because there are so many types of dementia, there is no single test that is used to make this diagnosis. To make the right diagnosis, the doctor has to recognize a pattern of loss overtime related to sensory and motor skills. In some cases, blood tests that look for specific biomarkers can be helpful to support the diagnosis, but this is not enough to make a definitive diagnosis either.

Usually, the diagnosis of dementia is going to consist of:

If someone is diagnosed with dementia, there are treatment options available. The two broad categories of treatments include:

It will try to reduce the frequencies of memory lapses, inappropriate outbursts, and other dementia symptoms

It is also important to simplify tasks during the day and modify the environment to reduce clutter. This will make it easier for people with dementia to keep track of what they are doing and where they are going.

What Are The Different Types of Dementia?

There are multiple types of dementia with which someone might be diagnosed. Some of the most common examples include:

This is the most common type of dementia and it results from the buildup of plaques in the brain. While memory loss is the most common symptom of Alzheimer’s disease, this can progress to inhibit executive functioning, spatial reasoning and motor functions as well.

This type of dementia is characterized by the breakdown of nerve cells in the frontal and temporal lobes of the brain. As a result, some of the most common symptoms include changes in thinking, judgment, language, movement and overall behavior.

This type of dementia results from the buildup of clumps of protein that are present in the brain. This progressive dementia usually leads to visual hallucinations, issues with focus, problems paying attention and even acting out dreams people have in their sleep. Individuals with this form of dementia can also develop tremors and motor issues.

This is the second most common type of dementia. This type of dementia results from damage to the blood vessels that are present in the brain. The symptoms usually progress in abrupt steps, especially when it results from strokes, and they include problem-solving issues and slow thinking.

Just as the name implies, this form of dementia includes multiple types of dementia. Instead, people with this type of dementia usually have symptoms that fall into multiple categories.

These are only a few of the most common types of dementia. As more research is done in this field,   other types of dementia are being uncovered. No matter what type of dementia someone might have, it is important to seek professional medical care as quickly as possible, preferably in early-stage dementia. The sooner this condition is diagnosed and treated, the better the prognosis is going to be.

Creutzfeldt-Jakob Disease (CJD) is also referred to as subacute spongiform encephalopathy. It’s a brain disorder that occurs when normal proteins in the brain start to fold into abnormal shapes. CJD typically causes impaired thinking, blurred vision/blindness and memory loss. CJD progresses quickly, unlike many other forms of dementia. The symptoms of CJD can be similar to those of other dementia-like brain disorders.

It’s a buildup of cerebrospinal fluid inside hollow chambers in the brain and causes normal pressure hydrocephalus. In some instances, a surgeon draining the excess fluid is an option that can correct the condition.

The condition is also known as “normal pressure” because spinal taps often fail to show abnormal pressure despite the presence of the fluid. But, the enlarging brain chambers can harm nearby tissue, causing Normal Pressure Hydrocephalus symptoms.

Huntington’s disease is a progressive brain disorder, often hereditary, that usually emerges during middle age (ages 40 – 60). The disease causes nerve cells to deteriorate over a decade or more, impacting the mind, emotions and body.

Some people may be more at risk for developing dementia. Various factors contribute to the onset of dementia. Many of these risk factors, such as age, cannot be changed. This includes:

Dementia risk increases after the age of 65. It should not be considered a normal part of the aging process as it can occur in people under the age of 65 as well.

Those who have a family history of dementia are at a higher risk of developing it. However, not all with a family member with dementia will develop this condition. There are some genetic tests that can offer insight into risks.

Other risk factors of dementia may be more controlled. This may include:

Evidence indicates that late-life depression may also be an indication of the onset of dementia.

Some studies indicate that having high blood pressure, high cholesterol, or atherosclerosis (a buildup of fats in the arteries) is also at a higher risk for dementia.

Those who develop blood vessel disease from smoking may also be at a higher risk for developing dementia.

Individuals with diabetes may also have a higher risk. However, some may be able to lower this risk if they get diabetes under control.

A deficiency in some vitamins, including B-6, B-12, and D, may also increase this risk. A lack of folate in the diet may also do so.

A person with uncontrolled or poorly managed sleep apnea may also be at risk.

Prevention of dementia may be possible through several strategies and lifestyle changes. Scientific research in these areas is not fully completed yet, though. Some prevention methods may include:

Prevention strategies may be helpful if they are put in place at a young age and into middle age. There is no guarantee prevention may be effective and it cannot help risk factors related to genetics for most people.

It is important to note that all treatment of dementia should include the family as well. The environment in which the individual lives will have an enormous impact on the progression of the symptoms. The better the environment is for someone with dementia, the better the prognosis is going to be.

Dementia Care at the Monarch at Richardson

It is critical for everyone who has a loved one with dementia to seek the help of trained professionals in this field. Then, it is a good idea to tailor the environment to meet their needs.

That is where we can help. At the Monarch at Richardson, we are an assisted living and memory care community in Richardson, TX. We tailor our treatment plans to meet the unique needs of our residents. Contact us today to learn more. You can call us at 972-231-3313 or request a free copy of our Guide for Finding the Right Memory Care Community.

Sign up for The Monarch at Richardson's newsletter and be the first to learn about upcoming events:

With all of the decisions you need to make in choosing an assisted living or memory care community in the greater Richardson, TX, area, we want to make sure you and your family have the information you need. Submit a request for more information and our team will be in touch shortly. 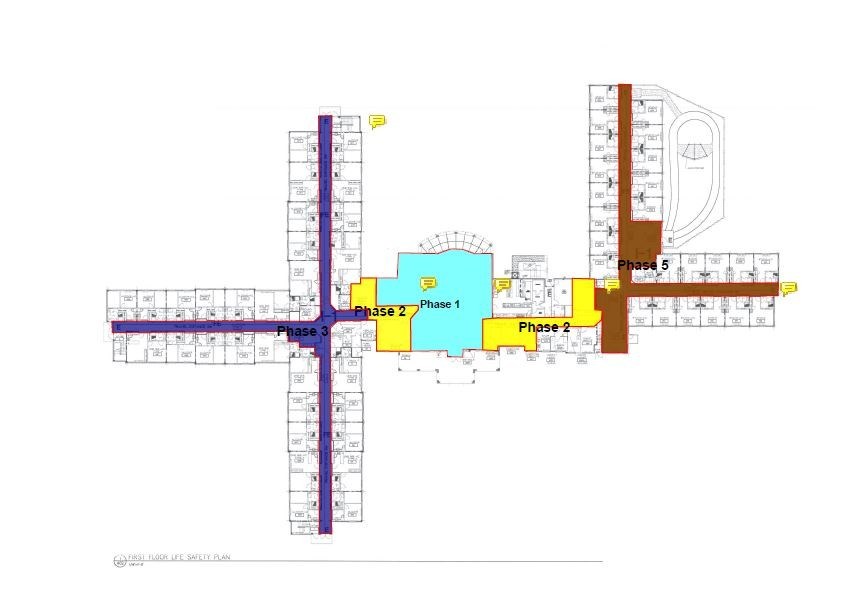